Otto Georg Ludwig von Rieben was born in 1863 son of Herrmann and Louisa.

They came from a noble family in Mecklenburgh in Germany where the family castle stood. The von Riebens were well known as the owners and licencees of the Nor”West Bend Hotel located on the main road from Adelaide to Wentworth between Nor’West (now Morgan) and Murbko on the River Murray.

Otto was born and raised in this area. It seems likely that he boarded in Adelaide in order to attend Whinhanm Grammar School for boys.

After leaving school, Otto is said to have joined the Civil service in the clerical department of the South Australian Railways. By the late 1880s, Otto probably joined the shipping and customs business of William McCulloch and Company Limited. He was stationed close to his family at Morgan on the River Murray and eventually became the Manager of the company’s Morgan operations. William McCulloch and Co Ltd was a well known and well respected carrying company established in Victoria and by the late 1870s, had a number of offices in country South Australia.

By 1890, the company had branches throughout SA. In 1887, Otto was transferred to Broken Hill, where he opened and managed a branch of the company until 1891. In 1891, he joined the Barrier Miner daily newspaper as a partner until 1919 when the paper was sold to Mr JE Davidson, who later founded the News in Adelaide and merged the two papers. Otto clearly made some wise financial decisions and built upon his wealth.

Otto von Rieben was a generous and upright man, slightly aloof as was the way of gentlemen of those days. His wife, born Jane Carew, had died in 1920. They had no children. For 41 years they lived at Attunga on Kensington Road. In 1920, the Rose Park Improvement Society was raising funds to erect a memorial to the soldiers of Burnside who had fallen in the Great War and the von Riebens had no hesitation in offering their home for fund raising functions. Otto contributed considerably to the incidental expenses as well as donating money towards the construction of the memorial. There is ample evidence that one of Otto’s passions in life was gardening.

After buying Attunga in 1907, Otto began to establish a garden. The handsome wall of stone and brick with elegant iron railing and eventually the cypress hedge inside it, enclosed the formal garden and outlined the front of the property whilst the back paddock with its various utilitarian buildings and sheds remained open. The existing gates were purchased later, a single one to Kensington Road and a double gate at the drive entry. They were in the Art nouveau mode and are still a great embellishment to the property. Attunga is a great example in Adelaide of an Edwardian gentleman’s residence still standing in what is essentially the original garden. 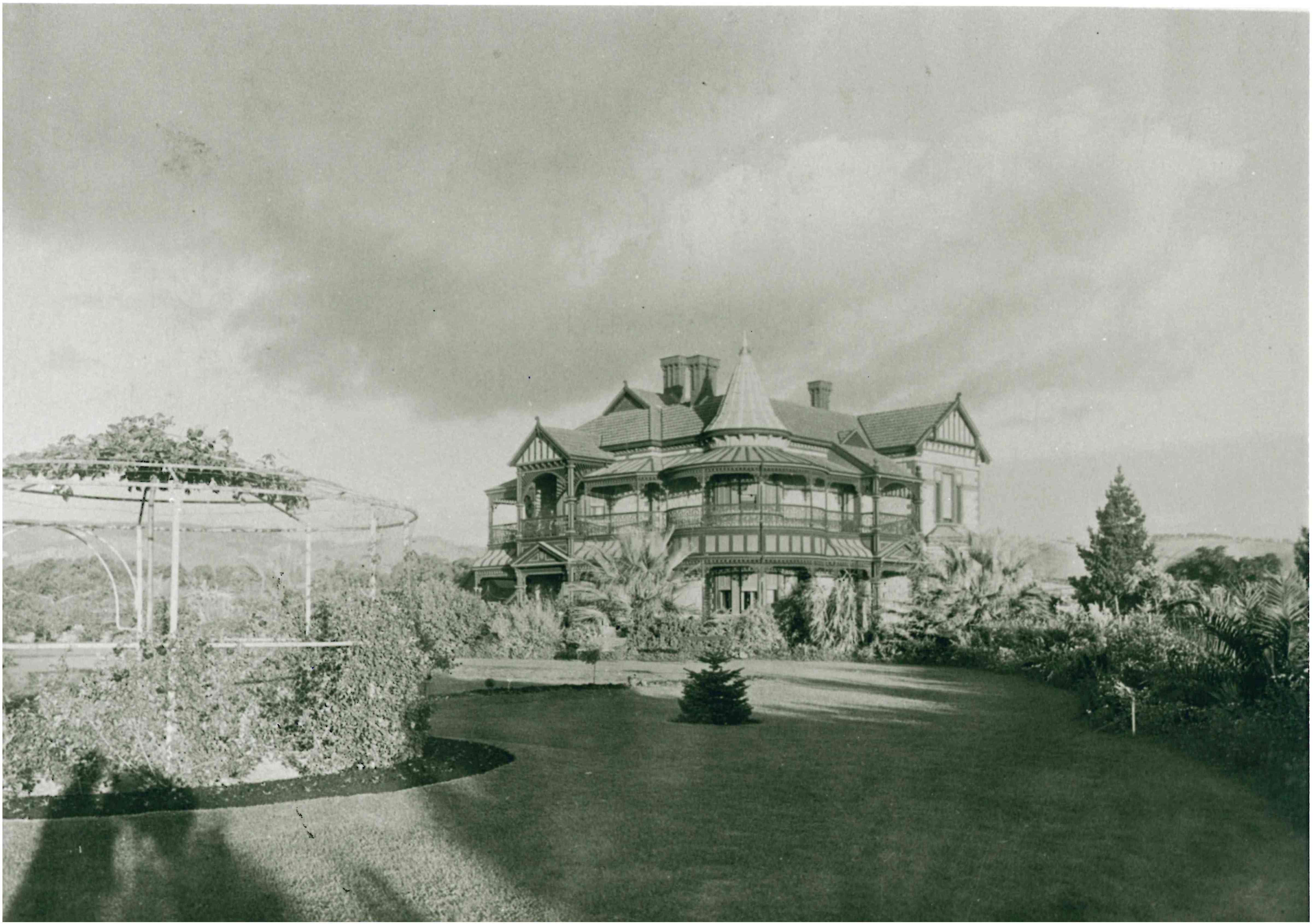 Otto von Rieben and his niece, Miss Gertrude Engelhart who filled the role of hostess at Attunga Gardens, c1938

It is clear that Otto made a significant contribution to society and it is more than possible that we know but a small part of it. His interest encompassed birds as well as plants and his collection of cars.

Having decided to relinquish his home to be the future site of the Burnside War Memorial Hospital, Otto von Rieben moved to Pomona in October 1948. He died on the 8th of May 1949 at the age of 86.

Donate Volunteer
Any surgical or invasive procedure carries risks. Seek advice from an appropriately qualified health practitioner before proceeding with any procedure.