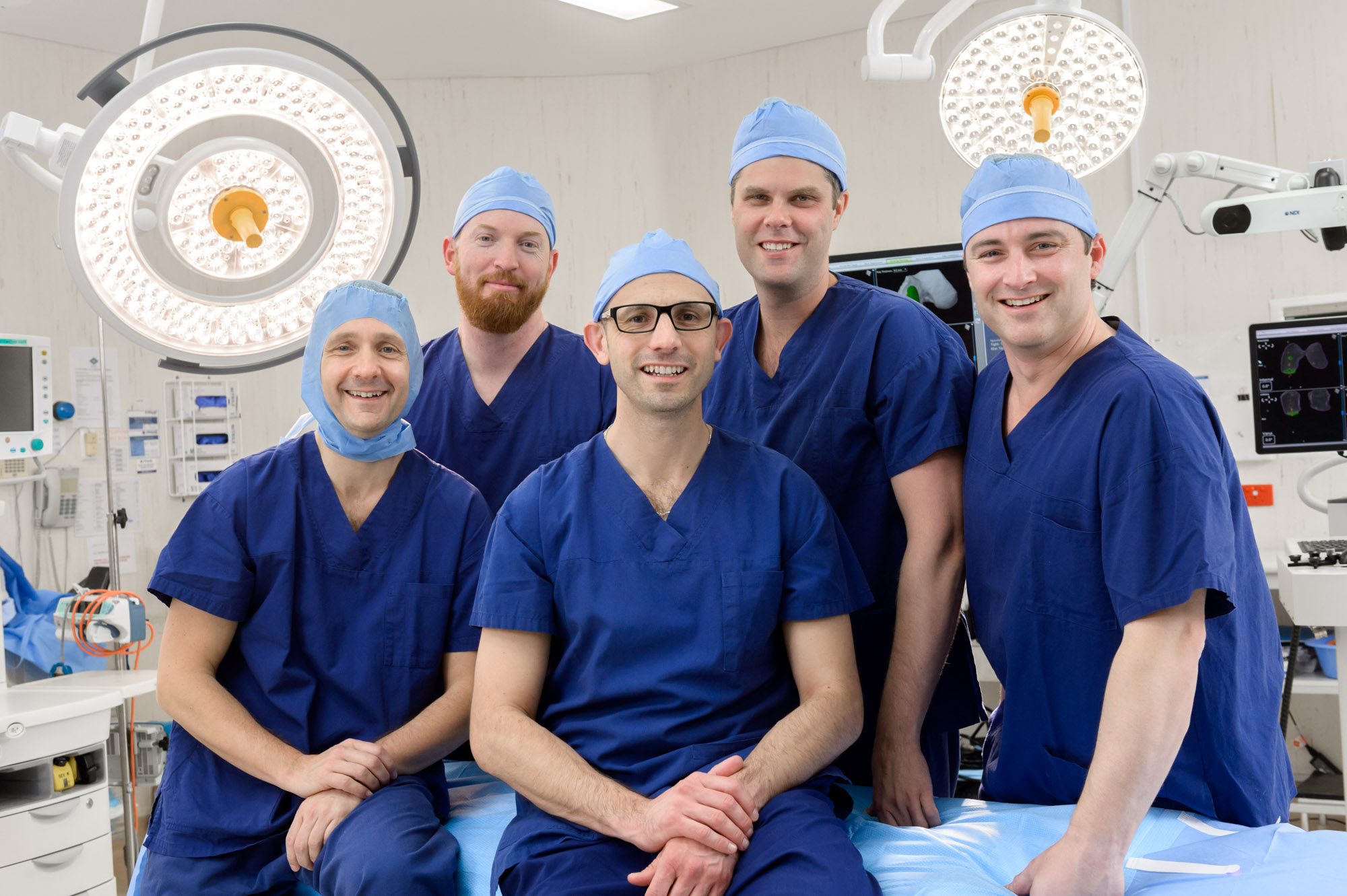 Orthopaedic surgeons at Burnside War Memorial Hospital have recently performed their 1,000th robotic procedure, the first private hospital to achieve this milestone in South Australia and the second in Australia.

The first patient surgery using the robot at Burnside War Memorial Hospital occurred in December 2015, with the robot now being used by five orthopaedic surgeons to perform hip replacements and total and partial knee replacements.

Orthopaedic surgeons Dr Robert Baird, Dr Robert Fassina and Dr Justin Munt from Adelaide Hip and Knee Centre (located onsite at the hospital), along with Burnside Hospital key stakeholders were instrumental in introducing this technology to South Australia at the not-for-profit Adelaide based community hospital.

Now, as leaders in the field of robotic assisted joint replacement surgery, the well renowned Adelaide based surgeons are also assisting to train and mentor other surgeons both in Australia and internationally.

Chief Executive Officer of Burnside Hospital, Ms Heather Messenger is pleased to see the hospitals robotic orthopaedic program developing. “Robotic assisted surgery is one of the options available to potential joint replacement surgery patients at the hospital. A group of our orthopaedic surgeons commenced using the robot in December 2015 and this milestone reflects the hospitals significant investment in medical technology” said Ms Messenger.

Dr Fassina has seen the demand for robotic assisted joint replacement surgery grow at Burnside Hospital. He comments “the Mako robot has changed the way we plan and deliver joint replacement surgery to the hip and the knee. Before surgery, each patient has their own individual and unique plan created for their hip or knee based on a 3D CT replica of their anatomy. At the time of surgery, the robotic arm allows for accurate bone preparation and precise implant positioning."

The 1,000th procedure also reaffirms Burnside Hospital’s focus on the future and innovation.

“The team at Adelaide Hip and Knee Centre have all contributed to this milestone. It is also important to acknowledge the support of the fantastic nursing (operating theatre and ward) and allied health staff that contribute to the Accelerated Rehab Program, allowing our patients to get back on their feet and moving as quickly as possible after surgery” adds Dr Fassina.

As a not-for-profit organisation, Burnside Hospital is pleased to be in a position to make investments in technology to improve the services and options available to its Visiting Medical Specialists and their patients across all specialties in the hospital.

Donate Volunteer
Any surgical or invasive procedure carries risks. Seek advice from an appropriately qualified health practitioner before proceeding with any procedure.